A new report shows that greenhouse gas emissions from oil and gas facilities worldwide are about three times higher than their producers claim.

Last week, Climate TRACE, a non-profit coalition of researchers, data analysts, and NGOs who use satellite coverage, artificial intelligence, and remote sensing, to independently track human-caused emissions, published a new report showing that half of the 50 largest sources of global greenhouse gas emissions are oil and gas production facilities.

Among the top countries that report their oil and gas production emissions to the UN, Climate TRACE finds emissions are as much as three times higher than self-reported data.

Many have underreported their emissions, and historically, we’ve had few means of holding sector participants accountable, resulting in emissions as much as THREE TIMES HIGHER than originally published.

Recall this outdated graph from 2016, showing the energy sector as responsible for almost ¾ of all global emissions:

We’ve discussed this graph and the misconception it portrays about the agriculture sector in this article.

Why? Because unsurprisingly, the data has been flawed from the beginning since it relied on SELF-REPORTED oil and gas data!

And now that we have the technology to fact-check, we’re disempowering a long-standing public relations and lobbying strategy designed to disguise and ignore actual emissions.

This matters because 1) we care about the planet and 2) we can only manage what we can measure.

We can’t solve a problem that we’re not accurately diagnosing or understanding.

Every minute mainstream media scapegoats cattle is another minute the oil and gas industry can hide behind its literal and figurative smokescreen.

A distracted public can’t read about leaking pipelines, unlit field flares, and the underreporting of emissions by as much as three times.

And although this report further shrinks livestock emissions, it doesn’t mean the livestock sector is off the hook to improve.

In fact, we at Soilworks are literally putting our money where our mouths are to work towards a carbon-neutral (or negative!), regeneratively-raised livestock industry.

However, if we as a global collective really want to “save the planet” and cut emissions, we shouldn’t be wasting time demonizing beef, a nutrient-dense food that supports healthy ecosystems, and focus instead on reducing our dependence on fossil fuels and supporting

An Open Letter to Bill Gates on Food, Farming, and Africa from Common Dreams. As Bill Gates offers yet more solutions to the world’s problems, 50 organizations focused on food sovereignty wrote an open letter imploring him to step back and learn from those on the ground. They highlight 4 distortions of some of his claims: “1) the supposed need for "credit for fertilizer, cheap fertilizer" to ensure agricultural productivity, 2) the idea that the Green Revolution of the mid-20th century needs to be replicated now to address hunger, 3) the idea that "better" seeds, often produced by large corporations, are required to cope with climate change, and 4) your suggestion that if people have solutions that "aren't singing Kumbaya," you'll put money behind them.” Will Farmer Bill listen?

Changing Paradigms | Regenerative Agriculture: a Solution to our Global Crisis? by Henry Smith. “Changing Paradigms” explores the power of regenerative agriculture in improving the natural environment, human health, and reliable profit in sheep farming. This documentary follows Charles Massy (author of “Call of the Reed Warbler”) and Norm Smith, who take a sustainable, systems-thinking approach to sheep farming. Having moved away from industrial practices of land clearing and using chemical fertilizers and pesticides, they now work with nature rather than against it, and in turn, have revived the once over-grazed land.

Red meat is not a health risk. New study slams years of shoddy research referring to the Institute for Health Metric and Evaluation’s (IMHE) new study in Nature: Health effects associated with consumption of unprocessed red meat: a Burden of Proof study. What makes this study most interesting is IHME was also behind the Global Burden of Disease study published in The Lancet, which flexes its deep marketing pockets with its plant-based “Planetary Health Diet.” After many calls of implausibility, criticism, and questions of IHME’s findings, they release this bombshell: a complete reversal of their original meat-damning claims. Given the impact on global policy, The Lancet should retract the Global Burden of Disease study. Will it? 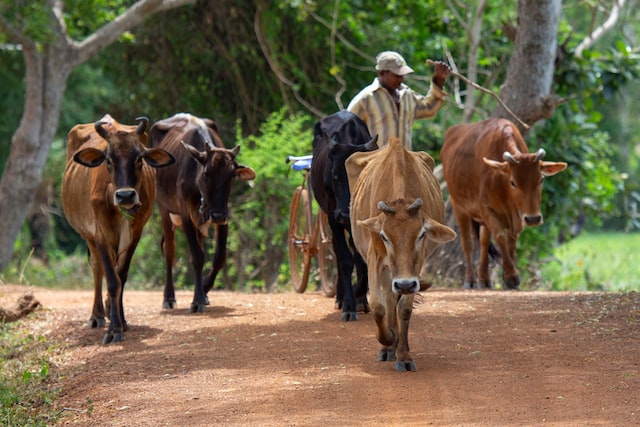